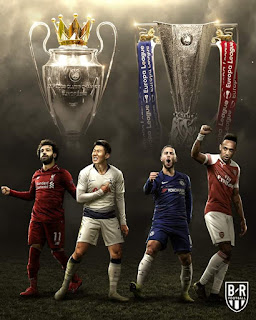 For the first time in the history both Champions League and Europa league will be all English affair.

Liverpool vs Tottenham at Madrid and Chelsea vs arsenal are Baku
Posted by Forza Meyya at 7:53 PM No comments: 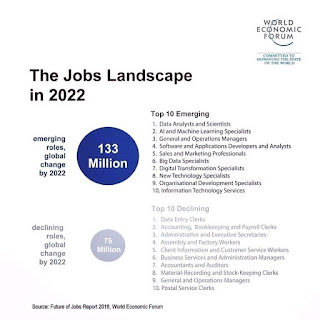 Posted by Forza Meyya at 6:52 PM No comments: 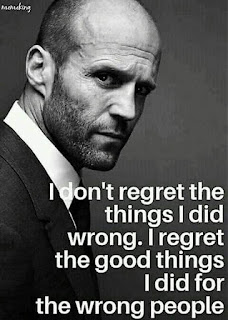 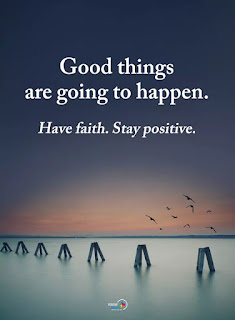 Posted by Forza Meyya at 6:52 PM No comments:

While we can be happy Malaysia qualified for the final Olympic qualifiers, nevertheless, we  can expect them to qualify for Olympics should current performance remains.

The recent FIH series, Malaysia finished 2nd behind Canada by loosing with slim margin or 3-2. To make it worse, Malaysia missed 2 penalty stroke, which could have enabled us to win the tournament.

The series had teams whom were ranked lower than Malaysia except for Canada, yet we lost to Italy, draw with China, and beat Wales by 1 goal margin. 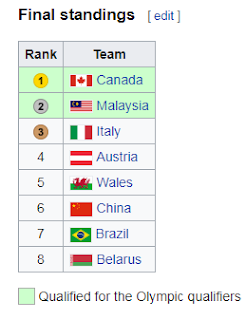 For the qualifiers, we will have strong line up of Belgium, Netherlands, New Zealand, Spain, India, South Korea, England, Ireland, Canada.

Looks like Roaland Olthmans service will be continued. They need to buck up or revamp the team, else, they can kiss goodbye to Tokyo. 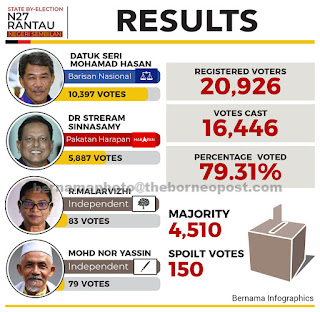 Pakatan scumbbed to 3rd defeat to Barisan Nasional. After hard fought at the court, the momentum didnt workout at the ground.

Even with Anwar, Syed Saddiq and other popular politicians meeting people at Rantau, it still didn't workout.

The 1st factor that made the difference was, most people are losing hope on Pakatan Harapan, whom couldn't create a major impact or change for the public. Next, Tok Mat is already popular figure and dont have bad track record in his area.

Moreover, Streram is Klang bound person and rarely been at the territory.

Streram could have won the election, during May 8, as the sentiment towards Pakatan is more, but the rural area still prefers to bullshits by Najib and puteri UMNO team. in addition, UMNO made smart by joining with PAS, which made the Malay votes to swing.

Next stop is Sandakan. PH must win, else, GE 15 would come soon. PH's opponent is MCA whom is really weak. I doubt UMNO or other Sabah party will contest.

Thus, it's a good chance to revive PH image.
Posted by Forza Meyya at 5:00 PM No comments:

Not Every Change is an Improvement, but Every Improvement is a Change.

I will never forget this topic in my entire life.
This had brought me to my maiden District title for Table Topics contest.

Going against 5 other contestants from Penang, Perak and KL, whom were equally competitive and had their own strength/advantages.

I was contestant number 4 and other podium finishers were before me, which I means, I had to miss their speeches.

Upon completion of my speech, I had the crowds applause and cheer, which brought the confidence in me that it was a great conclusion/strong finishing.

It’s my 2nd attempt at District level for Table Topics contest. I went with open mind, just to perform my best regardless of the results, ensure audience enjoy my speech and leave a lasting impression with them.

Success is the ability to move from one failure to another without loss of enthusiasm. – Winston Churchill. I will definitely agree with this.

For 14 years, losing at club, area and even at Division level, losing to rookies and youngsters, but, never say never attitude made me to come back and grab my maiden title.

Those 14 years were my “investments”.

Big thank you to all the well-wishers and moral supports that you have been pouring to me...

And to the great audience , you were awesome. 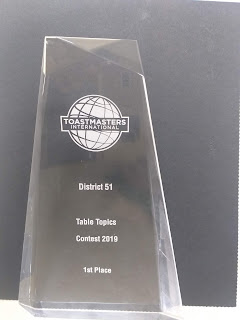 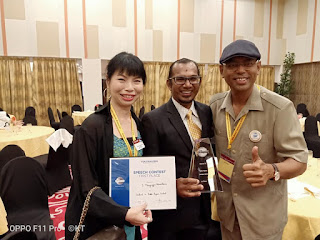 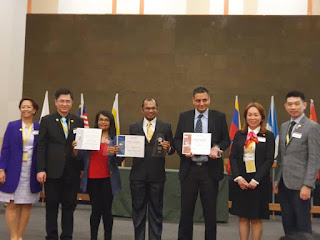 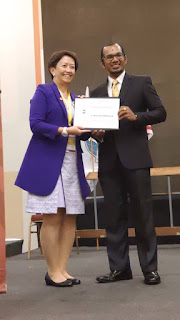 Posted by Forza Meyya at 3:56 PM No comments: 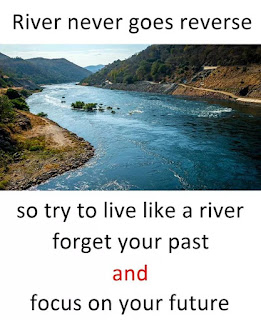 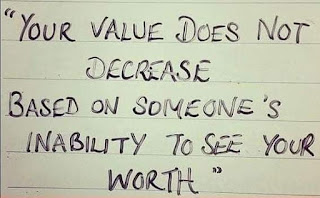 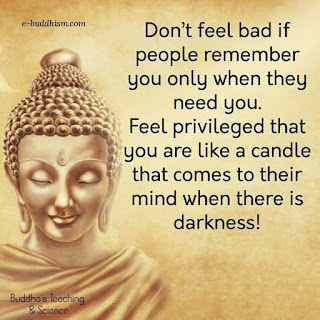 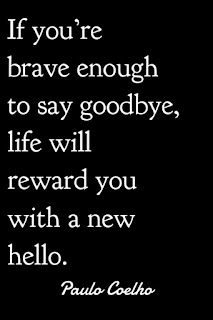 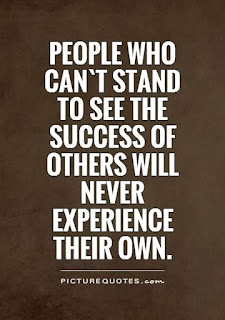 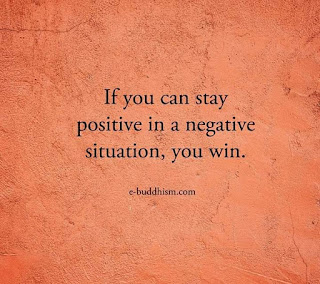 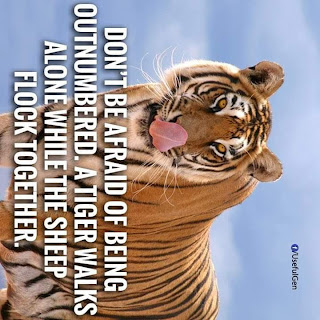 When Malaysia was hoping to win their maiden Azlan Shah Cup title and the teams which lined up not as juggernauts as Spain, Holland, Germany, Argentina or Australia, yet the title now remains elusive.

While we won the 1st 2 matches against Poland and Japan, we lost the following 2 marches against Indian and South Korea. Now Malaysia will be going against Canada for final group match before facing them again for 3rd place play off.

Malaysia has been to finals for 5 times and ended up as Bridesmaid.

Having Takema as penalty corner coach (specially flown for this tournament) and Ronael Otlhmans as chief coach didn't help the team any further compared to local coaches like Wallace Tan and Stephen Van Huezen.

The management committee is going back to drawing board, which they have been doing always. Only thing, picture is not drawn yet.
Posted by Forza Meyya at 10:26 AM No comments:

So Near yet So far

We were in brink of qualifying for the Asian U-23 Football Championship and it was the last 7 minutes which made the difference.

Malaysia and China were having 6 points each in the group, but China had superior goal differences. Nevertheless, Malaysia was leading 2-1 till 83rd minute till China scored the equalizer and qualified automatically as Group Champions.

Malaysia did had chance to qualify by being on of the 4 best 2nd place winners, nevertheless, countries like Australia, Oman, Iran and Syria were better performers in terms of goal scoring.

It was sad that we could match country like China whom is coached by Gus Hiddink but we couldn't qualify for the tournament.
Posted by Forza Meyya at 9:05 AM No comments:

What's the point when you become the manager (not owner) for merely 12 months but you behave as if the entire temple belongs to you. Rather than being humble, showing ego and Arrogant proves your leadership style and the temple is going nowhere.

It's not 1st time you are leading the position. It's every 6 years once and you are well aware of the need for the position, roles and responsibilities. Telling I have alot on my plate just proves you have poor delegation skills and worse thing, you cant even spend RM30 to buy towel for the needy ones.

The position was not even elected and you got it by virtue of your dad. The position should make you more humble but it added more egos towards you.

The contents of this blog is only for viewing purpose. The informations/stories are based on own observation and it's merely a personal opinion. All information provided here, including recommendations should be treated for informational purposes only.

The author should not be held liable for any informational errors, incompleteness, or delays, or for any actions taken in reliance on information contained herein.

Forza Meyya
I'm a cool guy. Nobody can stop your progress except for yourself. This means you are your 1st enemy. In short this is who i am: M - Macho, E - Enthusiatic, Y - Yokel, Y - Youthful, A - Adorable

MC / Emcee services available. I'm a Toastmaster for 9.5 years and had been MC for several corporate and social functions.

Achieved the Distinguished Toastmaster (DTM) - Highest Recognition in Toastmasters Internationational at the age of 27.

I have also been gust speaker in Television programme for 4 times in "Vanavil"(ASTRO channel).